Would You Like Massive Exposure For Your Practice Without Paying a Fortune?

Okay, so what are we going to talk about today? We are going to be talking about something that I’m really thrilled about right now. That is called real-time bidding or display ads.

Now, if you’ve ever been on a website and you have seen those ads that are displayed on those sites anywhere, maybe on the top, or on the side, there’s all kinds or places where these can be be just delivered and it’s a massive amount of exposure. It used to cost let’s say about ten thousand dollars just to get your foot in the door. Why? Because we’d have to pay somebody to create these ads well. 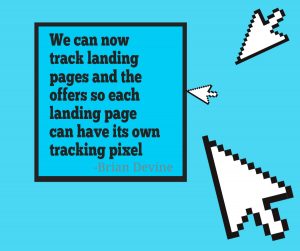 Nowadays, we can create winning ads quickly and effectively and we don’t have to pay thousands of dollars to do it and then we would have to pay somebody to actually put your ads onto these sites. Some of them we’d be monitoring and we’d be paying for, and bidding and doing all this stuff trying to get your ads to show up on these sites like CNN and History Channel, Fox News, NBC, all of these places. And then, we’re going to have to pay for the actual ads themselves.

When somebody clicks on something or when somebody sees it, we have to pay for that as well. So it’s ten thousand dollars to get started and then thousands of dollars anywhere from 1,500 to 2,000 dollars a month minimum in order to just have your ads continue to be displayed. Well, those days are over and I’m really excited about it because we’re just rechecking some numbers today to see how things are going with some newer campaigns, as well as some campaigns. They’ve been running a little longer where I would expect to see some stagnation revenues. Expect them maybe, “Okay, it’s time to start switching up in that some of our ads and seeing our numbers drop and instead they’re staying rock steady.” So it’s very exciting so let me jump over here to through the screen I want to show you this particular campaign because this is a brand new campaign that’s been running for a pretty short period of time where less than two months and we’ve had 19 impressions.

Now what is an impression? It is an opportunity for someone to see your ad to see your offer. Meaning, we’re going to be displaying it on any number of those sites and we are very targeted so we don’t have to just display your ads on any site. We can say we want ads to display on medical base sites, the sites that have something to do with what you’re offering and that’s I think why you were getting the numbers that we are.

So you might be looking at this and thinking “Wow! 0.21% That doesn’t sound like a lot!” 40 clicks doesn’t sound too good but here’s the thing. We are interrupting. This is total interruptive marketing. These are not people that are looking for you and the average for this type of what’s called cold traffic. I don’t know if that’s too small. It is point zero six percent. We’re getting three and four times the average for cold traffic.

We’re getting point two percent absolutely outstanding, anybody think “Hey! That’s a fluke!” But here’s the thing, here’s another one. This is one that has been running about the same amount of time and we’ve had 23,000 impressions, 30 clicks for a point one two percent. Now again, you might be thinking that that’s pretty low. We’re still talking about double the average. We’re still doing pretty darn well and we’re not spending thousands of dollars per month. We are able to do this all for under a thousand dollars a month, without any problem at all and everybody wins.

So these types of clicks, if you are paying for these clicks directly, meaning, through pay-per-click for Adwords or things like that, you’re going to be looking at probably eight to ten dollars per click and we’re getting them at a fraction of that so that’s pretty exciting but it gets even better. This is a campaign that’s been running even longer where I would expect these numbers to start dropping and instead, the numbers started to pick back up so we have 54,000 impressions over the course of a few months. A hundred and 34 people said “Hey, that sounds interesting and clicked on it for .24% put through eight. Absolutely outstanding! So I’m excited. Hopefully, you can tell that I’m excited because I want you to see what is possible and that it doesn’t cost you a fortune anymore to have a massive amount of exposure for your practice.

Why would you want this level of exposure when you’re thinking “Well then, I hope I’m paying for the click. I might pay more for the click but I’m getting a really targeted person. The reason that you want to consider something like this is because when you do run those ads, when you run the Facebook, when you run the ads on on Adwords and if you do a mailer, it lifts all of the results for all of those because people have now seen you every place they go. Now here’s the really cool part. Once they have landed on your page, we then do that pixel. Remember, I think the end of last week we talked about pixel lists and starting to get pixels, getting people targeted now.

So you put this code on your website even if you’re not planning to run any ads anytime soon, start now. Because once we turn this kind of thing on and we do what’s called retargeting where someone has shown an interest but they haven’t necessarily taken an action. We start following them around the internet saying “Are you still interested? Are you still looking? Can we help you? Is there still more we can do for you?” and the average for those clicks goes up and the cost comes down so this is double win.

So obviously, I’m excited! I’d love to answer any questions you might have. If you’d like to know more about it or would like some help on deciding what direction is going to be best for your practice, give us a call at 720-989-1932 and we will answer all of your questions and see what we can do to support you. That’s it for me! Let me know what we can do to help and we’ll talk real soon. Bye for now.