How Would A Free Vacation Giveaway Help Your Practice?

Welcome, welcome, welcome everybody to Top Lines Live at Five. My name is Brian Devine here with Top Line. And today, I am going to be talking about something. I’m going to hint at some really cool stuff and then I want your feedback so that we can get to dive as deep as you’d like into this.

But the reason that we want to talk about giveaways today, is because I ran across something very recently that sort of surprised me. And what I have learned over the last, almost 20 years now of being in marketing is that giveaways in general, especially on social media work really well and the bigger the giveaway, the better it’s going to work.

There’s also this fine line, if the giveaways too big, then people are going to feel like, what’s the catch? There is no way this is real and they will retreat from that and then there’s also the other side where the giveaway is just so small and insignificant. Nobody’s going to care and they’re sure as heck not going to take any action you want in order to get them. So, I ran into something that really surprised me and that is that there are services out there that will allow you to give away vacation packages. And actually, I found some that were willing to give away five day vacation packages and there’s no catch. I mean, we’re talking it is truly free now. Obviously, if you’re giving away a vacation, they got to somebody’s got to be able to get there so you’re not giving away the free flights. They’ve got to pay the basic taxes. There’s nothing that we can do to cover those taxes, so that has to be paid unless you just really want to pay those. But I would say, don’t worry about that, but you can give away these amazing packages of vacations for next to nothing.

In other words, your costs per year for having access to all this is less than $600 per year. And that’s what really surprised me. So I started looking into it. And then I found that you can do huge giveaways, like we’re going to give away, we’re going to do like a million dollar giveaway and as long as you make it clear that like with that million dollar giveaway, it is a random chance and not there is no guaranteed winner, but basically there are companies that you pay a small fee to them and they’ll allow you to, to run all kinds of contests and they will subsidize it. Meaning most of the time no one’s going to win the big prize there, the lots of little prizes that you get to determine and giveaway. 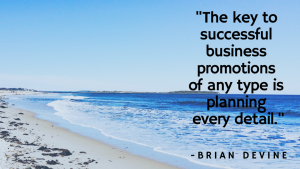 But the big main prize that gets everybody excited is being covered by this other company. It’s like an insurance company. I had no idea that even existed. So we’re looking into that as well. But I really got excited about the idea of having these vacation giveaways. And then a company that I found is also looking at doing restaurants. And so it’d be like national chain restaurants. So what happens is that if what you are asking someone to do is relatively small in order to get the free giveaway, if that free giveaway is too big, it will feel like it’s probably not real and people won’t do it. So that way if you’re saying, we just want you to do this small little thing and in return you’re going to get this $30 gift certificate for a national chain restaurant, people would very likely to do that.

And what we are actually finding is that right now we’ve been doing local giveaways where you go to a local restaurant or spa that has served very within a very close radius to your practice. And you basically say, we’re going to do this giveaway. You’re going to get a bunch of free advertising. All we ask is that you give us something cool to give away. And businesses are happy to do it. And when you do that, you start building a lot of activity, a lot of goodwill for your practice. You’re doing a great thing for this small business. And everybody wins. And when we do this through what we call bots, so we do these campaigns, there’s this back and forth in a conversation that’s being had without you having to lift a finger and people love it. There’s all these different ways to use.

So what I want to ask you are that if you would like to know more about this, please let me know. We’d be happy to talk to you about it. This is something that we’re just kind of getting excited about learning about and I want to know what your thoughts are because if you’re watching this video and am I doing a vacation giveaway to bring people into my practice? I want to know that. I want to know why? I want to know your thoughts, your questions or concerns because I have seen, actually I saw an orthodontist , this was a few years back, but he was running massive amounts of these where he was doing huge mailers giving away a big Disney vacations family of four, the whole nine yards. But he was writing the check for around six, $7,000 to do that and if it didn’t work. He really is in trouble. So that’s kind of the scary part is it going to be enough that you’re going to get enough activity, enough new patients to justify that expense? And for him the answer was a flat yes.

So now, if we’re talking about it costing you only $600 per year to give an unlimited number of these ways is that worth it to you? So let me know what questions you have. I want to hear from you. I want to know if this sounds great, if this sounds like too good to be true, so that we can of keep on talking about it as needed. That’s what I wanted to cover today. Again, let me know what questions you have and how we can be of support and I look forward to seeing you next time on Top Line Live at Five. That’s it for me. Bye for now.